Flower Of Scotland, Flùr na h-Alba in Scottish Gaelic, is the unofficial anthem of Scotland.

Lyrics and tune have been written by Roy Williamson (The Corries) in 1968. It was at first used by the Scottish fans of the famous British Lions rugby team during their 1974 tour in South Africa.
In March 1990, during the last match of the Five Nations Championship between Scotland and England, it was played for the first time in Murrayfield, just before Scotland's victory (13-7).
In 1993, the Scottish Rugby Union decided that Flower Of Scotland will be played before every match to replace… God Save The Queen!

The song celebrates the victories of the Scottish patriots against the English invasion during the first independence war (1296-1328).
After the saga of William Wallace, the Scottish army led by Robert The Bruce sent home once again the troops of the Proud King Edward during the battle of Bannockburn (1314). The two wars of the 14th Century will lead to almost four centuries of Scottish independence.


Nota bene : this score comes directly from the way The Corries wrote and sang the tune, particularly in bars 5 and 7; you may find other scores that ignore this point. 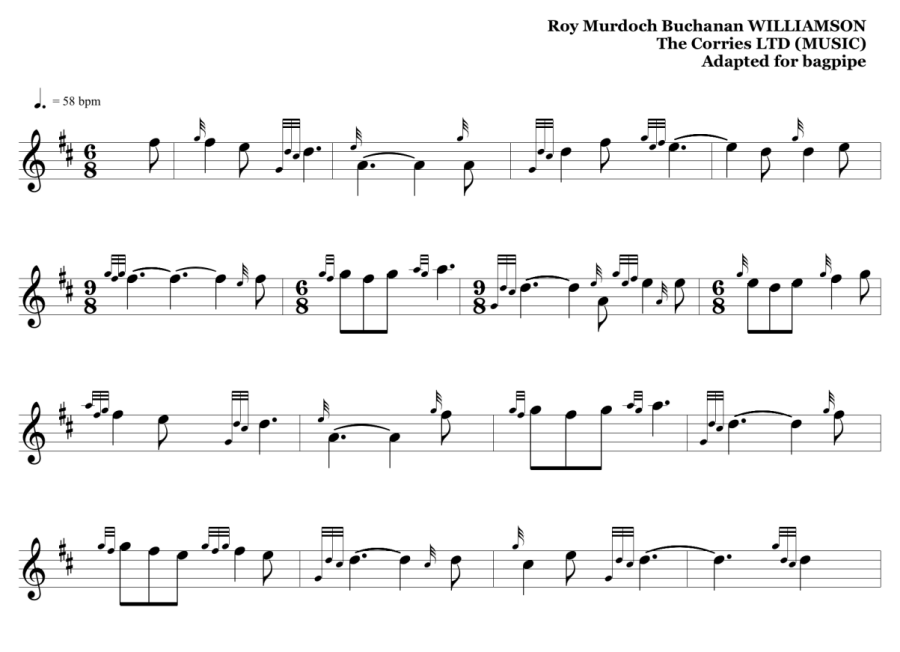 A few tips for the practice chanter :