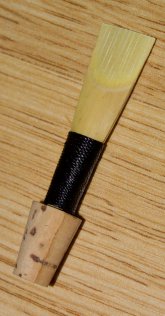 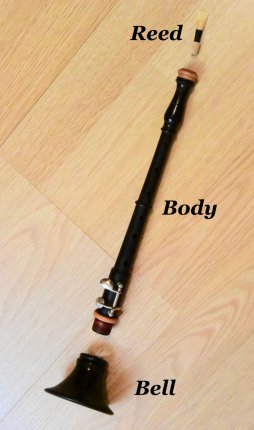 The development of the specific oboe class has led to the replacement of the bombard within the orchestras.
The soprano one, more brilliant, has then been adopted by folk musicians, particularly in Brittany where it was finally confined. Even if it has been played in many European orchestras and despite of its oriental origins, it is now regarded as a traditional Breton instrument.
As in the past, many tones are available : the bombards tuned B flat or C fit to the expression of the South-Cornwall musicians and to the vitality of the dances of this area.
In South-East Brittany (Vannes county e.g.), lower bombards in A and G go well with the more sober dances.
The bagad plays with bombards in B flat because of the Highland bagpipes.

Many characteristics of the current bombard have been influenced or determined by Dorig Le Voyer (1914-1987).
It can have a lot of keys on the body, to reach various tonalities, like the oboe.
But the bombard wide and powerful sound is radically different, provided that the reed is correctly squeezed and the strips not too closed.

The Breton bombard is a double reed instrument (conical bore). It belongs to the oboe family.
The double reed, squeezed between the musician lips, is put into the instrument body. This kind of reed is used at least since Greek and Roman Antiquity with the aulos (or tibia).
It is made of two thin cane strips fixed on a brass tube covered with cork; the sound produced by their vibration is amplified by the conical body of the instrument and then by the bell.
The woods are mainly hardwoods like Mozambican ebony and boxwood, to preserve the steadiness of the scale despite of the variations of temperature and moistness. Boxwood provides a powerful and brilliant sound and is chosen by the binioù-bombard duet. The ebony bombards with their sound more uniform are used within the bagad.
The bombard ancestor appears in Europe in the 12-13th centuries, ranging from double bass to soprano (the sharpest one). It will be called bombard during the 14th century. 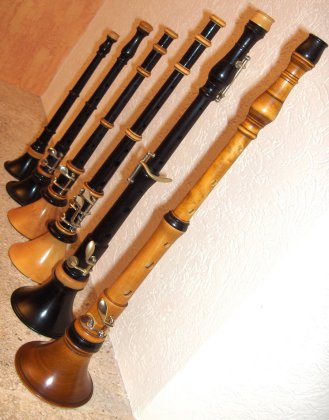 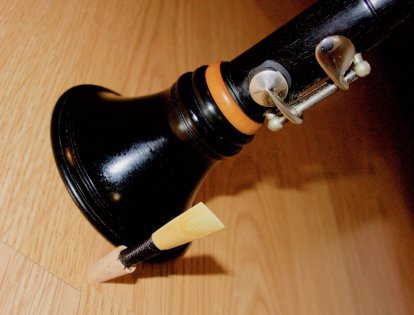