And surely ye'll be your pint stowp! (*)
And surely I'll be mine!
And we'll tak a cup o'kindness yet
For auld lang syne
(chorus)

And there's a hand, my trusty fere!
And gie's a hand o' thine!
And we'll tak a right gude-willie waught
For auld lang syne
(chorus)

And there's a hand, my trusty friend
And give us a hand of yours
And we will take a goodwill draught
For the sake of auld lang syne
(chorus)

Auld Lang Syne is an old Scottish air : one can find some references of such a lament in a 16th century manuscript (Bannatyne Manuscript).

The current melody is apparently related to some strathspeys used in Scottish Country Dance :
The Miller's Wedding (Bremner's Scots Reels - 1759) or The Miller's Daughter (Cumming's Strathspeys - McGlashan's Strathspey Reels - 1780).
Other tunes can also be linked with it, like Sir Alexander Don's Strathspey, Coming Thro' The Rye, etc.

Lyrics were published in 1796 under Robert Burns name but most of the verses are from unknown origin as Burns himself admitted it (he added only two verses).

It is now an official new year's tune since the Canadian Guy Lombardo and his orchestra played it for the occasion in 1929.

As for Amazing Grace, its popularity is worldwide, particularly in Far East (Japan, …).

Auld Lang Syne is also a standard tune for Hogmanay and for other traditional events like Burns nights or ceilidhs or to end different kinds of ceremonies. 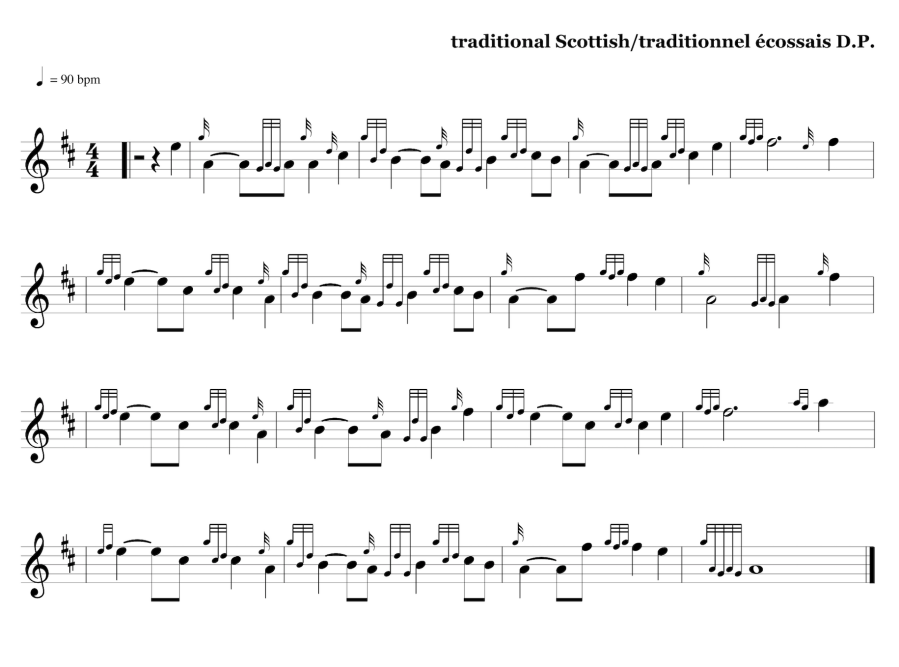