Amazing grace, how sweet the sound
That saved a wretch like me
I once was lost but now am found
Was blind but now I see

When we've been there ten thousand years
Bright shining as the sun
We've no less days to sing God's praise
Than when, when we've first begun

Yes, when this flesh and heart shall fail
And mortal life shall cease
I shall possess, within the veil
A life of joy and peace

The earth shall soon dissolve like snow
The sun forbear to shine
But God, who called me here below
Will be for ever mine

1. to learn more about the tune itself

John Newton (1725-1807) wrote those lyrics published by Newton and William Cowper in 1779 (Olney Hymns) under the name of Faith's Review and Expectation.
John Newton worked on a slaver ship. He outlived a big storm in 1748 and thought it was the hand of God.
So he became preacher and abolitionist.

A lot of tunes have been used with those lyrics until the American William Walker attached them to a tune named New Britain in his Southern Harmony (1847). This last tune was inspired by two others from unknown origin : Gallaher and St. Mary published in Columbian Harmony (1829) by Charles Spilman and Benjamin Shaw.

Amazing Grace was finally adapted for bagpipe by the Royal Scots Dragoon Guards Pipe Band in 1972.

«… John Newton, Clerk, once an infidel and libertine, a servant of slaves in Africa, was, by the rich mercy of our Lord and Saviour Jesus Christ, preserved, restored, pardoned, and appointed to preach the faith he had long labored to destroy…» (John Newton's epitaph). 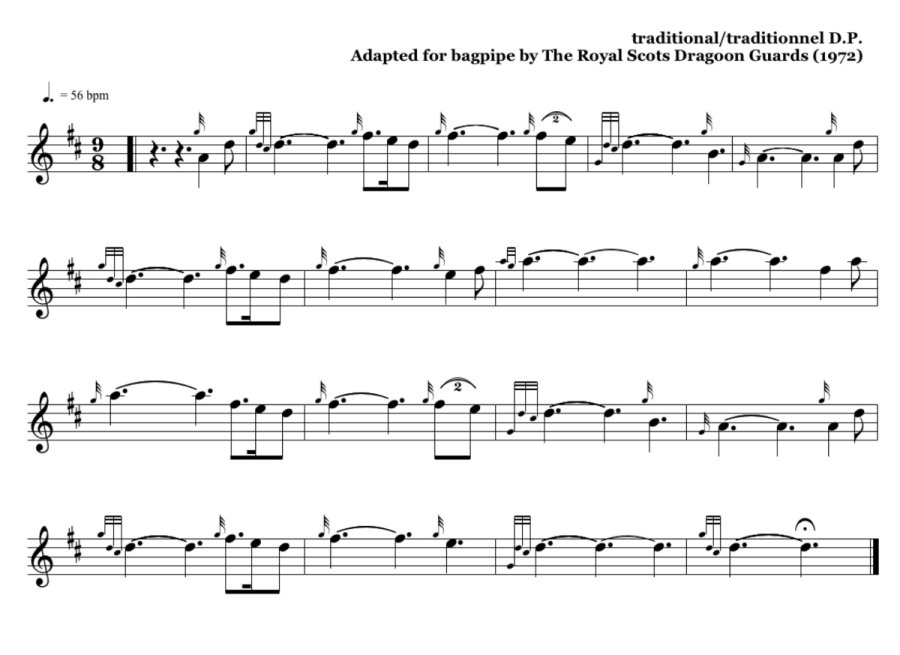