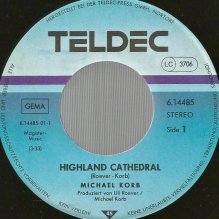 Land of the thistle and the rowan tree
Scotland a nation, proud and free
Under the Saltire flying high for me
Leading us onward into victory

Aiming high for all to see
Together we stand, with faith in our land
In times of trial and in victory
Scotland we will be there

Aiming high for all to see
Together we stand, with faith in our land
In times of trial and in victory
Scotland we will be there

The tune itself isn't Scottish neither old : it was composed in 1982 by Michael Korb and Ulrich (Uli) Roever, two German musicians.
It is now part of the Scottish repertoire due to its big renown.

Melody has been inspired by the story of King James I of Scotland (1394-1437) who is supposed to have gathered all the clans chiefs at the Highland Cathedral to end their quarrels.

As a federating tune, it is often played by pipe-bands for various events and by all pipers for weddings.

Many lyrics have been written : I have chosen those from Moira Kerr, Scottish singer.

For the record : the "Highland Cathedral" is the nickname of St Columba Gaelic Church in Glasgow but as the church - which is not a cathedral - was built in the early 20th century, it won't match with the story of James I…
It's not said if our two German composers have named their song after this church. 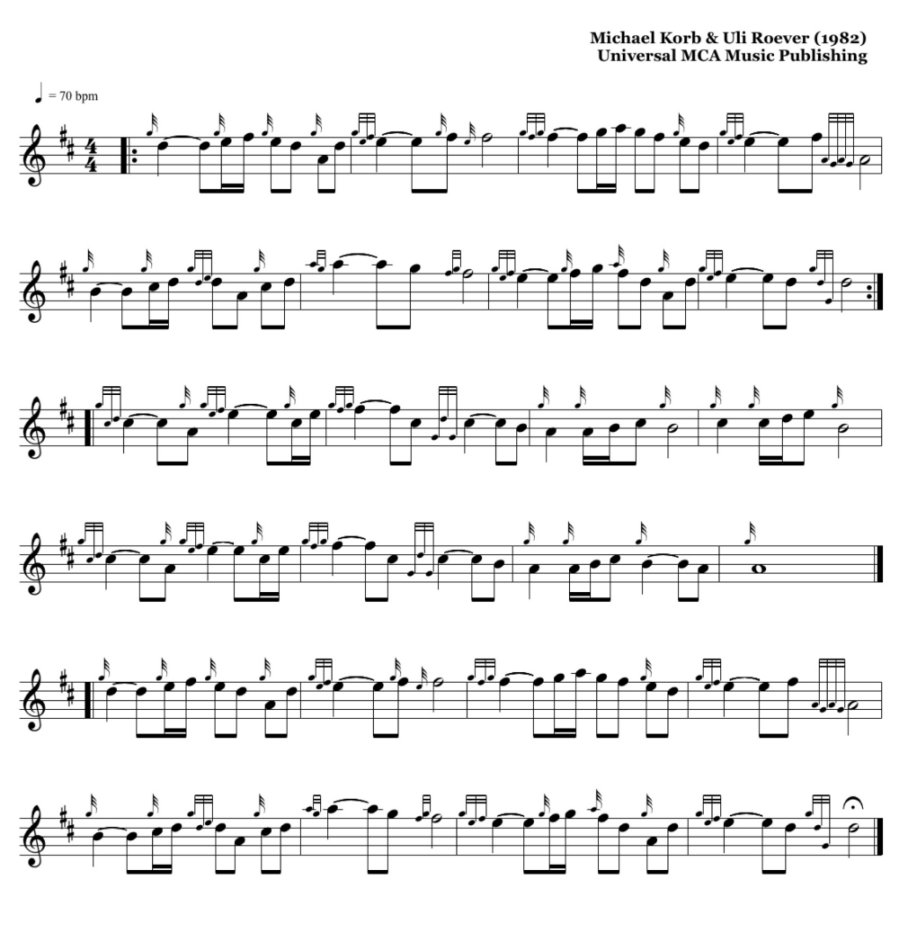 A few tips for the practice chanter :

- be sure to place the G grace notes, the doublings (particularly the E doubling that we can often anticipate) and slurs right on the beat,
- the birl (part.1 - bar 4) : the first note of the embellishment (low A) must be on the beat,
- the grips (part.2) must be played slightly in front of the beat with the melodic note right on it.

- be careful with some G grace notes that are played on the afterbeat : think about singing the air to get familiar with its rhythm!