4. each note of the taorluath must be heard  and played at an equal distance of the others; to manage it, you have to work at first on a low tempo and focus on avoid any crossing sounds : again, all fingers have to be well raised in the movement.
5. if it helps, you can mentalize every finger move

6. try to stay relaxed as long as you can : particularly with your lips whose tension is often transmitted to the fingers; at the end of an exercise, your right hand must stay relaxed, well, as far as possible…
7. every taorluath must have the same sound (for a same melodic note)
8. some movements are harder than others (especially those with the taorluath on B, coming from the D melodic note) : isolate them to work them individually with a lower tempo if needed.

9. on the first exercise, the beat is 50 bpm, so pretty low : that allows you to focus on the duration of the first melodic note; you can catch your breath from time to time just before the melodic note (with the G grace note).
10. for the second exercise, you'll find several audio files with different beats; I've also put a rest bar after each group of four bars to catch your breath if needed. 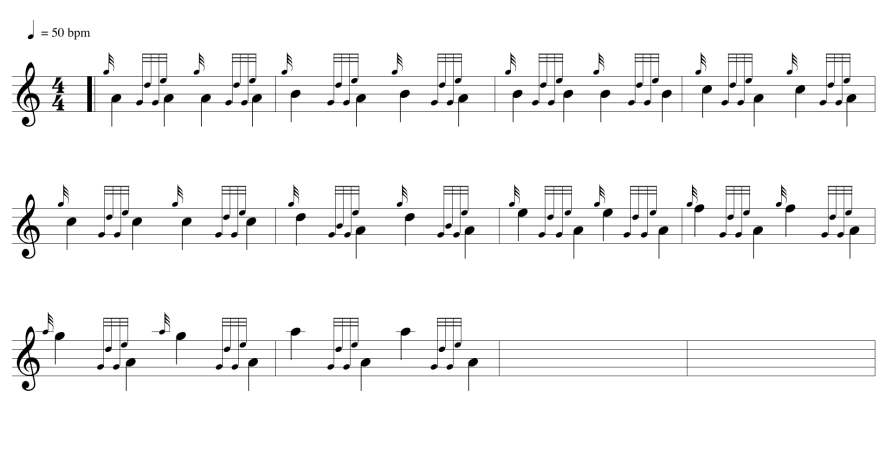 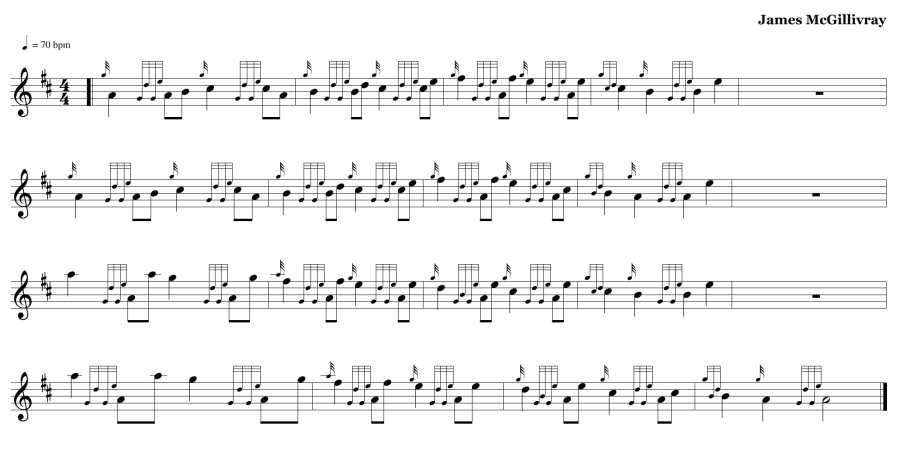