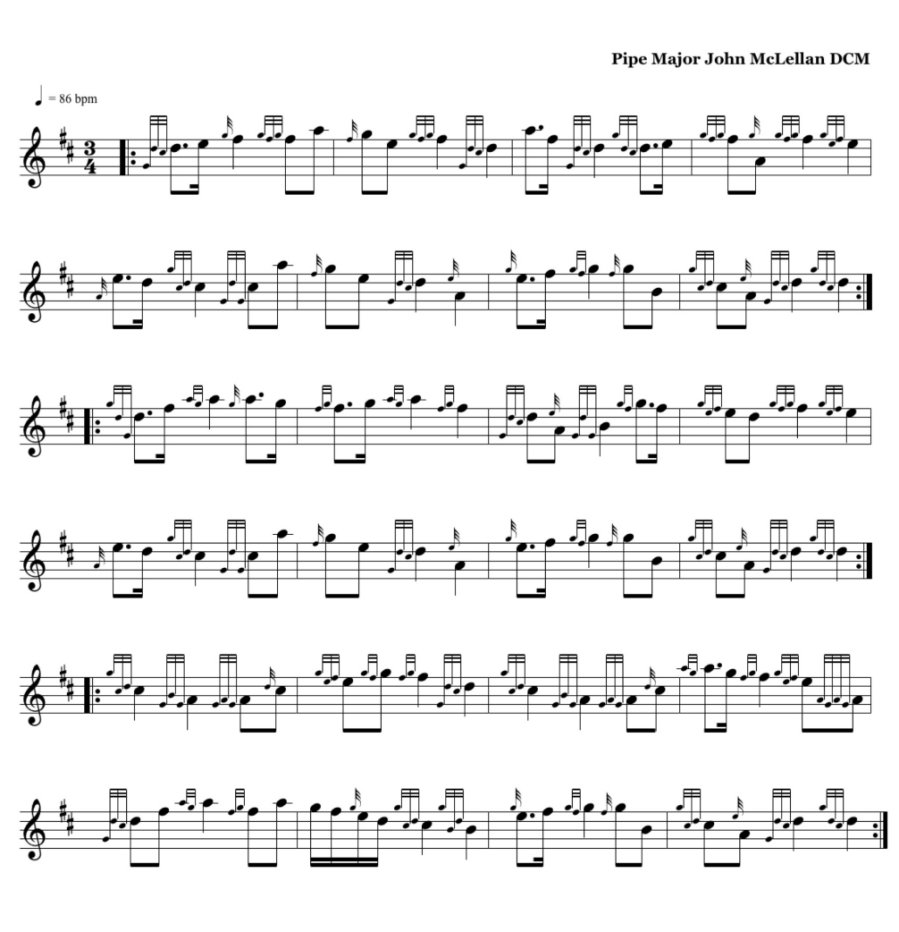 Written by Pipe Major John McLellan DCM (*) aka John McLellan, Dunoon (1875-1949) in memory of the battle of Magersfontein (1899), South Africa, between The Boers and the British Army.
Wounded at the ankle, he managed to rally the troops with the sound of his bagpipe.

Lochanside is a melody rather atypical among retreat airs : it is also directly attached to the battle and describes the army's distress  and inability to move.

The name and the lyrics attached have obviously nothing to do with this fight : Lochanside is a charming and bucolic scenery located in Dunoon (Loch Loskin) where McLellan is born, far away from the heat of the battle.
The main lyrics are from Jim Malcolm, Scottish folk singer; Andy Stewart wrote also his By The Lochside.

A tempo of 86 will fit well to the bagpipe tune.

One can also have a look at The Road To The Isles, that is from the same author.