Her eye so mildly beaming
Her look so frank and free
In waking or in dreaming
Is evermore with me
Hó-ró my nut-brown maiden...

O Mary, mild-eyed Mary
By land or on the sea
Though time or tide may vary
My heart beats true for thee
Hó-ró my nut-brown maiden...

And since from thee I parted
A long and weary while
I wander heavy hearted
While longing for thy smile
Hó-ró my nut-brown maiden...

Mine eyes that never vary
From pointing to the glen
Where blooms my Highland Mary
Like wild rose 'neath the ben
Hó-ró my nut-brown maiden...

The Nut Brown Maiden is the original title, coming from the gaelic song Hó-ró mo Nighean donn Bhoidhearch, translated into English by the Scottish poet John Stuart Blackie (19th century).
The air has been adapted for bagpipe to be played as a regimental march known as The Brown Haired Maiden.

The score begins by the chorus : it is based on the « Scots Guards » and on the Corries singing for this chorus.
The verses are quite different between the song and the bagpipe version : the instrumental part is rather a complement of the chorus than a reel verse. 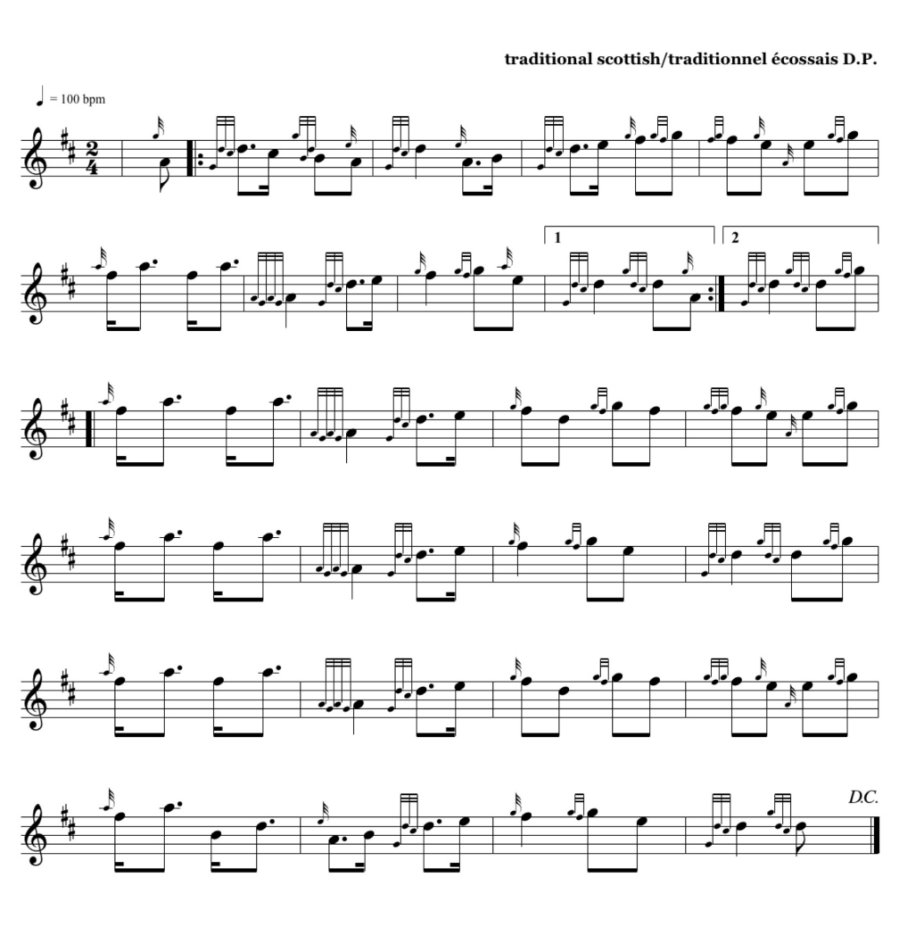