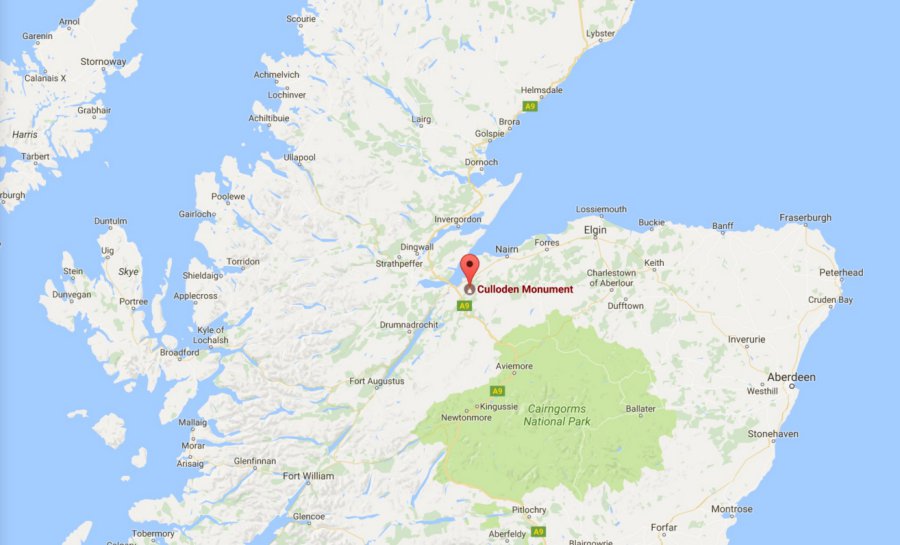 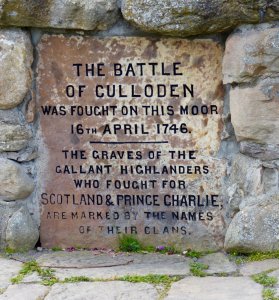 Culloden or the end of Jacobites Rebelions

The battle of Culloden (near Inverness) took place on April 16, 1746 : the fast and brutal defeat of the Jacobite army marked the end of the 4th Jacobite rebelion.
The main goal of these rebelions that occurred between 1688 and 1746 was the return of the Stuart dynasty on the thrones of Scotland and England, starting with King James II of England or James VII of Scotland, a cousin of French King Louis XIV, ending with Charles Edward Stuart (Bonnie Prince Charlie).
The name of "Jacobite" comes from "James" aka "Jacob".
The Jacobites are therefore claiming the return of King James.
The Outlander TV Show (1st season) is an outstanding historical re-enactment of this era.

Beside all the Highlanders that lost their lives on Culloden Moor, the brutal repression that has followed this battle almost led to the collapse of Highland culture and traditions : mass deportation (particularly towards the American colonies), prohibition of kilts and tartans, undermining of the clans and gradual decline of the Gaelic language contributed to a scheduled disappearance of the Highlander culture.
All these events are well known under the name of Highland Clearances (Fuadach nan Gàidheal - Gael.) and are deeply engraved on the Scottish collective memory : Smile In Your Sleep is an amazing song penned by Jim McLean about this era.
He used the tune "The Mist Covered Mountains" (a bagpipe standard) : have a look on it on the page of this air.

A few things about Scotland History 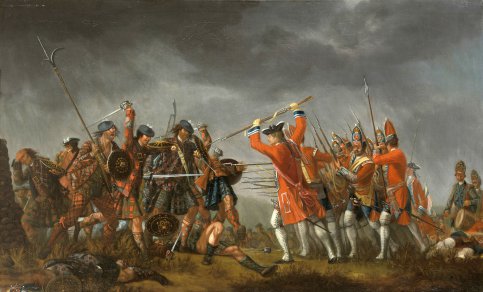