The Wind That Shakes The Barley is part of the Irish repertoire and is also played across the Atlantic and in Scottish Country Dance (Dashing White Sergeant) at an upper tempo.
Its origins are uncertain : firmly integrated to the Irish reels, it could however come from Scotland, like many reels.
It could have been composed by Nathaniel Gow (1763-1831), Niel Gow's son whose Farewell To Whisky can be heard on this site.

Apart from dancing, the melodic structure and the grace notes are decisive to choose a tempo which will respect the musicality : you'll have to try with different values and to take the one that will fit well to the air - it's the most subjective element - and will allow a good clarity of the grace notes - depending of course on the piper skills.

The reels submitted here - with one exception - have been chosen to follow the same beat (94) for being played together during my show : you must keep in mind that it's only an indicative beat, as a working base.

The Wind That Shakes The Barley 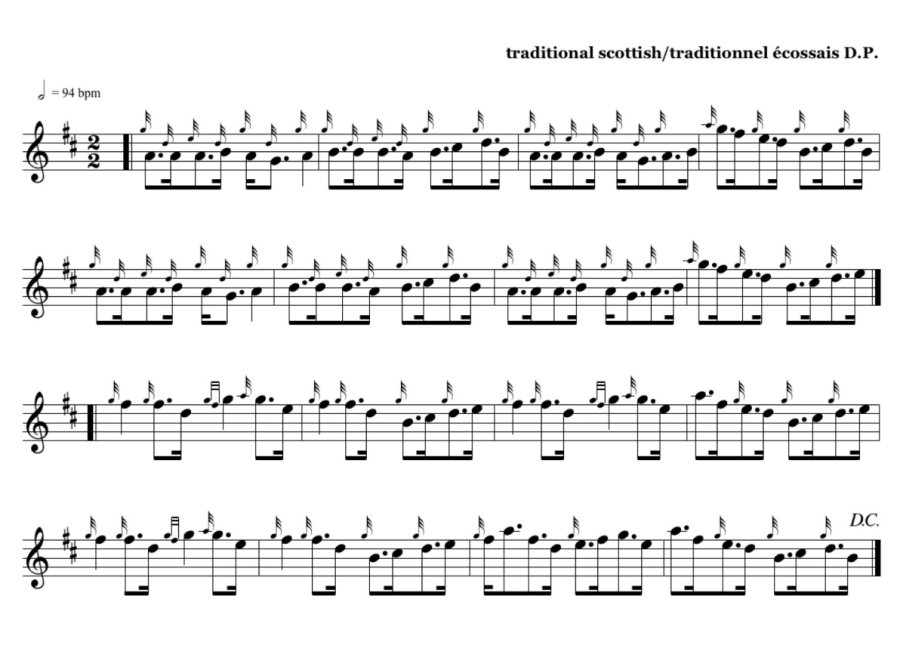