1. Niel Gow on Wikipedia
2. the tune on tunearch.org

The original tune was composed by renowned Scottish fiddler Niel Gow (1727-1807) as a lament on the occasion of the British government's prohibition of using barley to make whisky in 1799, due to the failure of the crop in Scotland.
Niel (or « Neil ») was a great performer and the first professional fiddler who really made his living playing gigs.
And of course he did like whisky...

The air became quickly popular and was transformed into a march and also into some dance versions at faster tempi, particularly in Ireland where it was used for reels and polkas.
It also became a standard in Scottish Country Dance.

However, when not played as a polka or reel, some fiddlers play it clearly as a lament at 35.

An intermediate tempo of 50 between lament and slow march seems to fit well the tune on the highland bagpipe : at this speed, Farewell To Whisky can also be played at Burns Dinners to pipe out the haggis. 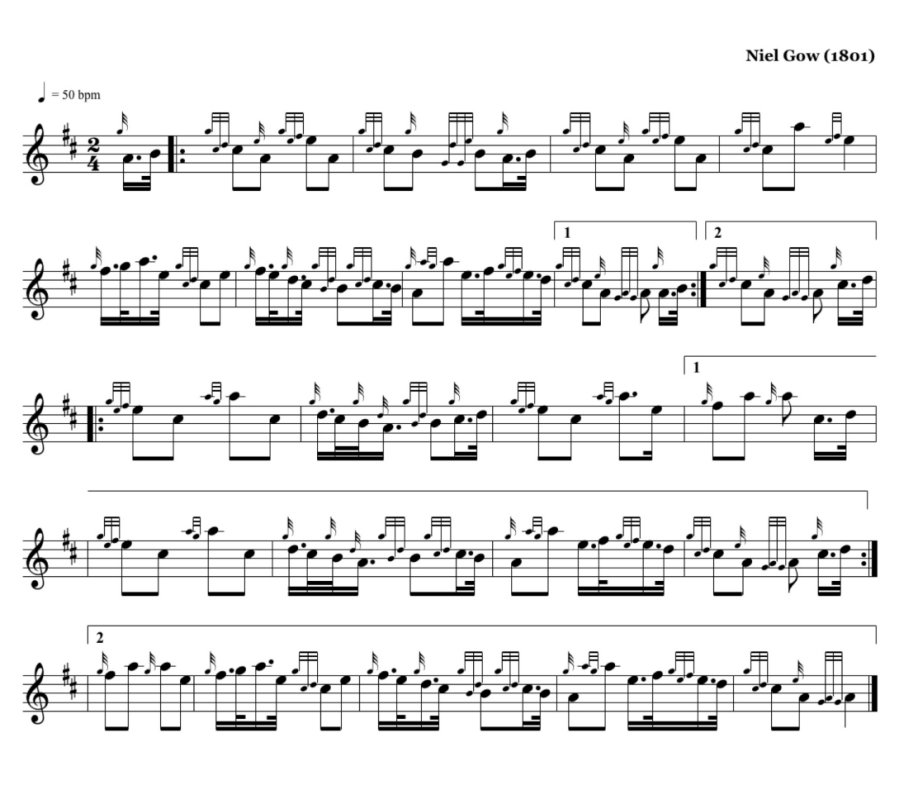