Titi Le Digabel began his musical career with a Breton bagpipe, which is almost the same as the Scottish one. A few years later, he moved towards the bombard and made it sing in many different bands.
To sing is actually the right word because Titi grew up when singing was a natural living manner, always practiced in the adult world : so Titi's bombard has always sung...
I met him at the beginning of my own career, when I was playing bombard in different bagadoù (breton bands like pipe bands, with bombards, bagpipes and drums).
And then I heard an amazing sound : it was as if he didn't play the same instrument than us.
I became his student and he welcomed me every week for unforgettable work sessions, during which I shared his music, memories and coffee...
Too early gone, I can still hear his song.
We'll meet again! 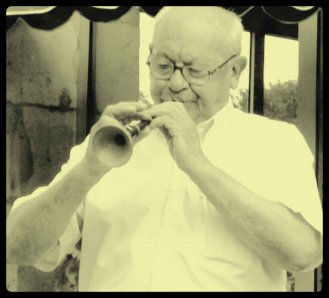 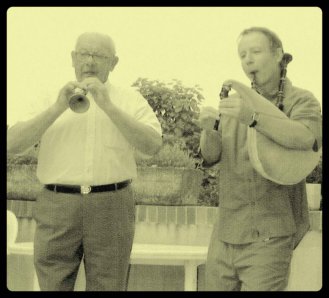