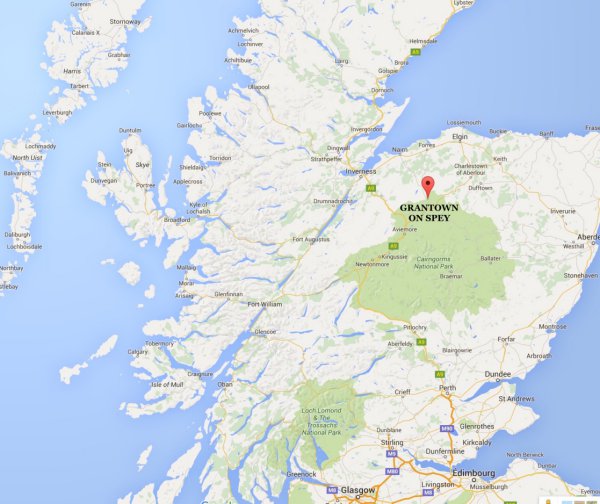 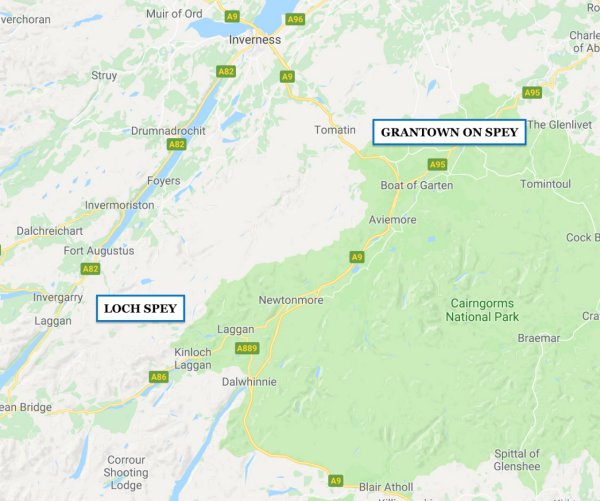 Strathspey is a region of Scotland located around the Spey river and its valley (strath; gael. « srath »), between Loch Spey and Grantown on Spey. This area is also known as the Speyside, famous for its numerous whisky distilleries.
The strathspey is also a dance and a musical style, both named after that Scottish area.

The strathspey is part of the pipe-band repertoire in the MSR format (March, Strathspey & Reel) and is traditionally followed by a reel in Scottish dancing.
It is also interesting to note that strathspey rhythm and grace notes could fit to the Scottish Gaelic phrasing.

The tunes are noted 4 beats to the bar with a syncopated rhythm; the tempi are near 130 BPM with pipe-bands or even a bit higher with soloists like Gordon Duncan : as for me, I prefer to follow P.M. Bill Robertson's advice with a working base of 120 BPM, that at least allows to ensure a good rhythm for dancing.

Stirling Castle's score is also in the Scots Guards « Standard Settings of Pipe Music-vol.1-page 182 », with some rhythm and notes variations; nevertheless, I've focused on P.M. Bill Robertson's one with a beat more syncopated that seems more interesting to play. 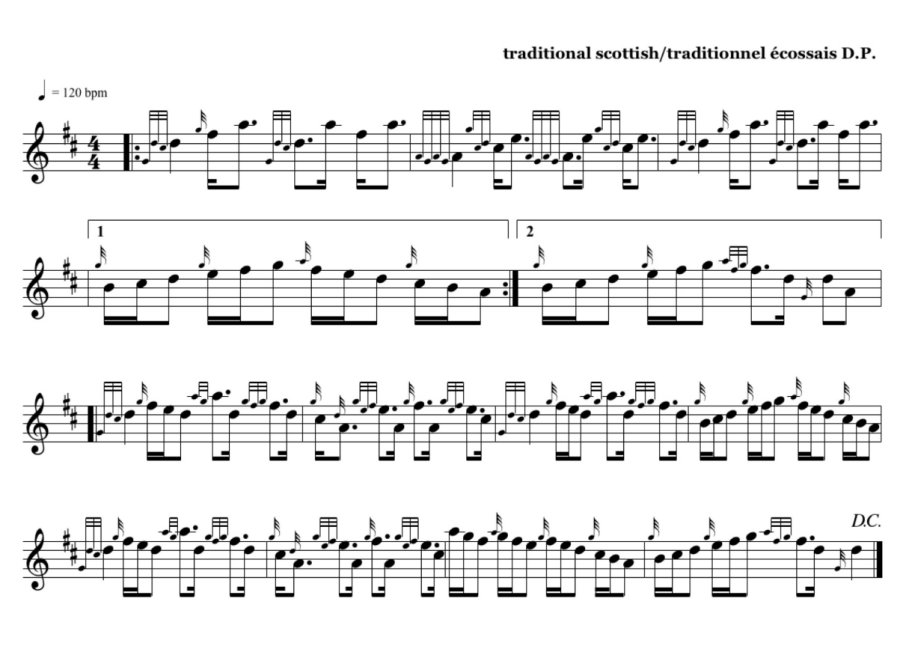