The Isle of Raasay, Ratharsair in Scottish Gaelic, is also known as The Isle Of The Roe Deer; it is located between Skye and the Highlands territories. Bonnie Prince Charlie stayed a while in Raasay during his escape after Culloden (1746) and before fleeing to Skye. The population of Raasay will have to suffer from this support to the Jacobite cause.

Mrs MacLeod Of Raasay origins are uncertain : the tune is credited to Pipe Major J. MacKay in the Scots Guards (vol. 1 - page 205) but there are also some references that name Sir Alexander MacDonald (c. 1745-1795), from Skye, as the author.
Nathaniel Gow (Niel Gow's son) published it in 1809, saying he had received it from Mr. McLeod (of Raasay); the latter described it as an original Isle of Skye reel.
The tune could then also have an earlier traditional basis, prior to MacDonald.
However, Mrs MacLeod has become some kind of an international tune (from Ireland to the other side of the Atlantic), often played in various sessions and in Scottish Country Dance.


NB : in the Scots Guards « Standard Settings of Pipe Music - vol.1 - page 205 » each part is played only one time; I've chosen to play them two times, providing a total theme of 32 bars, specific to the reels. 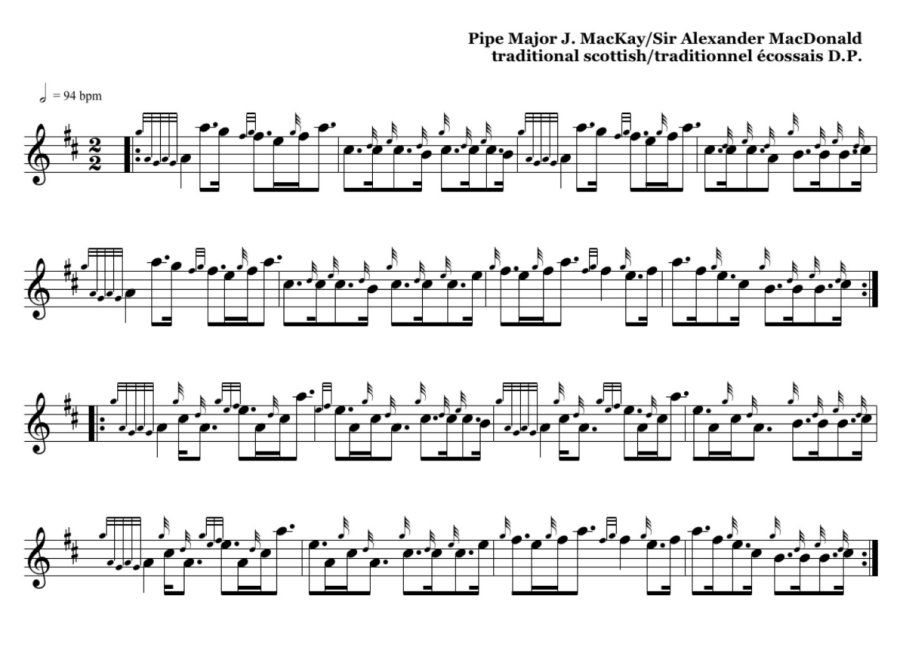