The song has been composed by John Roderick Bannerman in 1934, in honour of Mary C. MacNiven (1905-1997) who won this year a price at the National Mòd. Bannerman, born in South Uist (Outer Hebrids) was through his entire life interested in Gaelic culture while Mary became a famous Gaelic singer, almost until her passing. Anyway, they won't get married together…
Bannerman wrote of course the lyrics in Gaelic language.

Sir Hugh Roberton, conductor of the Glasgow Orpheus Choir, heard this song and wrote his lyrics version, beginning a successful cooperation with Bannerman.
This version is far away from the event that inspired the tune and the « new » song, published in 1936 under the title of The Lewis Bridal Song, did not mention neither the original author - who's name became Dr. Peter A. MacLeod! - nor the Gaelic version of the lyrics…

The original tune could in fact come from the Isle of Lewis and could have been used by Bannerman.
Anyway, Roberton's lyrics became famous and are most of the time used for the air.

Step we gaily, on we go
Heel for heel and toe for toe
Arm and arm and row on row
All for Mairi's wedding

Step we gaily, on we go
Heel for heel and toe for toe
Arm and arm and row on row
All for Mairi's wedding 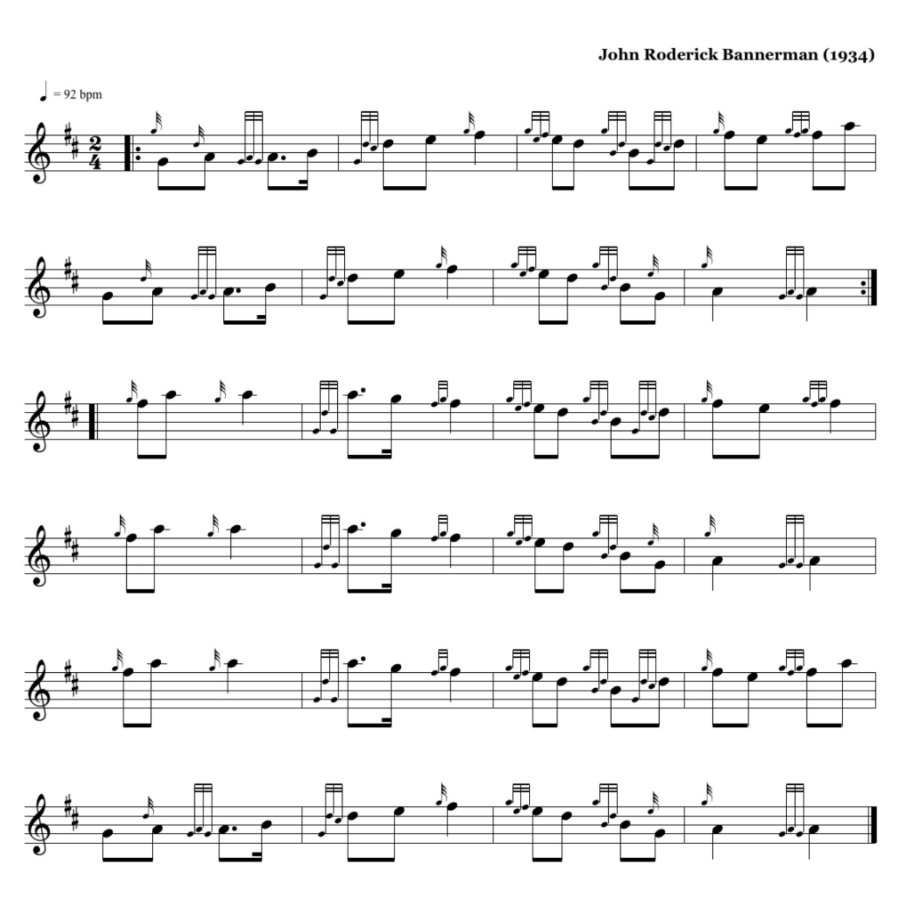