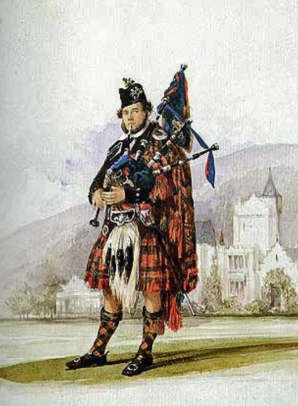 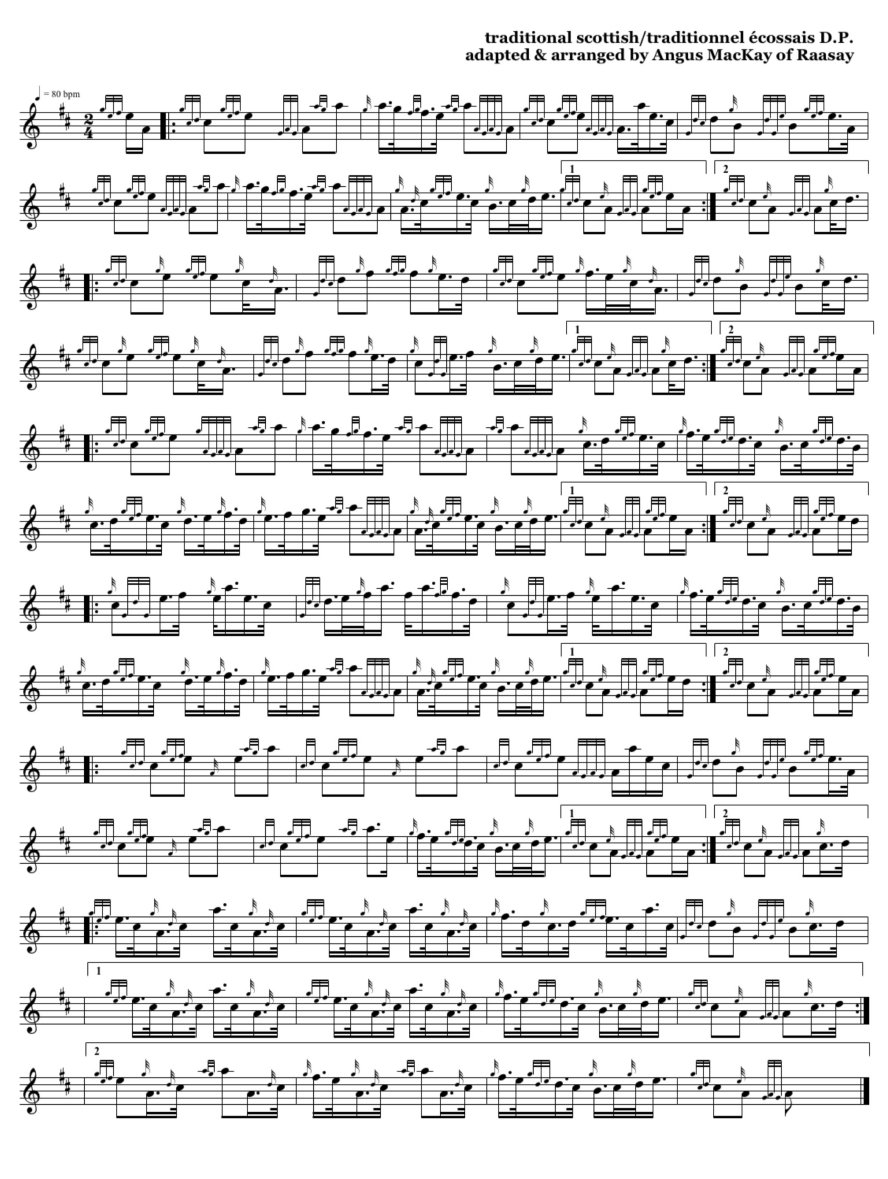 According to Fred Morrison, The Highland Wedding is the first competition march to have been written for bagpipe in 1856 by Angus MacKay (1813-1859) whose contribution for collecting piobaireachd tunes has been essential.

He also composed many tunes of « light music » including this march that he probably adapted from a traditional strathspey (Stumpie or Butter'd Peas).
A close look at the score actually reveals many strathspey accents.

This six parts march displays a lot of technical difficulties : a low tempo of 80 (for a march) will go well.