NB : as for the Reels, there are many tempi to play a jig, ranged from about 120 to 136, according to the piper or his audience (dancers or listeners). The tune is of course essential for choosing a beat. That being said, tempi under 130 are often a good option to preserve all the musicality and the grace notes clarity.

The jigs submitted here follow usually a tempo of 122 BPM for being played together during my show : that is of course only an indicative beat, as a working base.
It's obvious that this tune can go with a faster beat (see video bellow) but a lower tempo can preserve its characteristics of a march  and will allow a good clarity of embellishments and strikes.
It's up to you to choose! 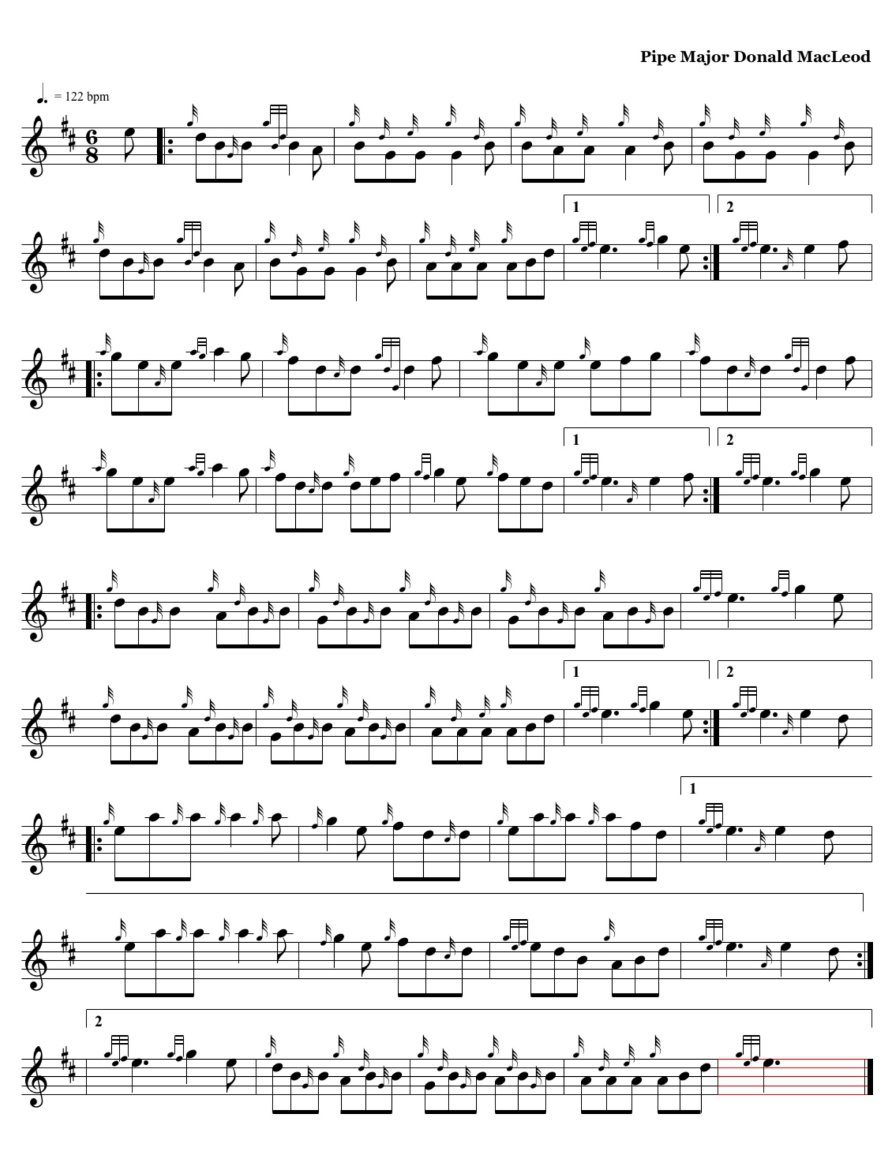