They came in the blizzard we offered them heat
A roof for their heads, dry shoes for their feet
We wined them and dined them, they ate all our meat
And they slept in the house of MacDonald

Some died in their beds at the hand of the foe
Some fled in the night, were lost in the snow
Some lived to accuse them for struck the first blow
But gone was the house of MacDonald

This three parts march has been composed by Pipe Major Farquhar Beaton from the 48th Highlanders of Canada (previously 48th Battalion) located in Toronto. Colonel Robertson was a famous member of that unit : Beaton who also was part of it between 1900 and 1913 dedicated his tune to him. It became then a standard for Canadian pipers but has also entered the Scottish repertoire.
Jim McLean certainly took part in this integration by using the air, slightly changed and with a lower beat, to write a song (1963) called The Massacre Of Glencoe (see below as sung by The Corries).
Dramatic episode in Scottish history in which the MacDonalds were the victims on 13 February 1692, this event had a huge impact and contributed to maintain the Jacobite rebellion until its Culloden epilogue (1746).
The tune has also been adapted as a lament named Glencoe or The Massacre (or Ballad) Of Glencoe. Canadian pipers are used to play this lament just before Colonel Robertson's quick march.

NB : in the Scots Guards « Standard Settings of Pipe Music - vol.1 - page 93 » (fifth edition - 1965) there is a mistake all along part 3 where dotted notes have been forgotten. 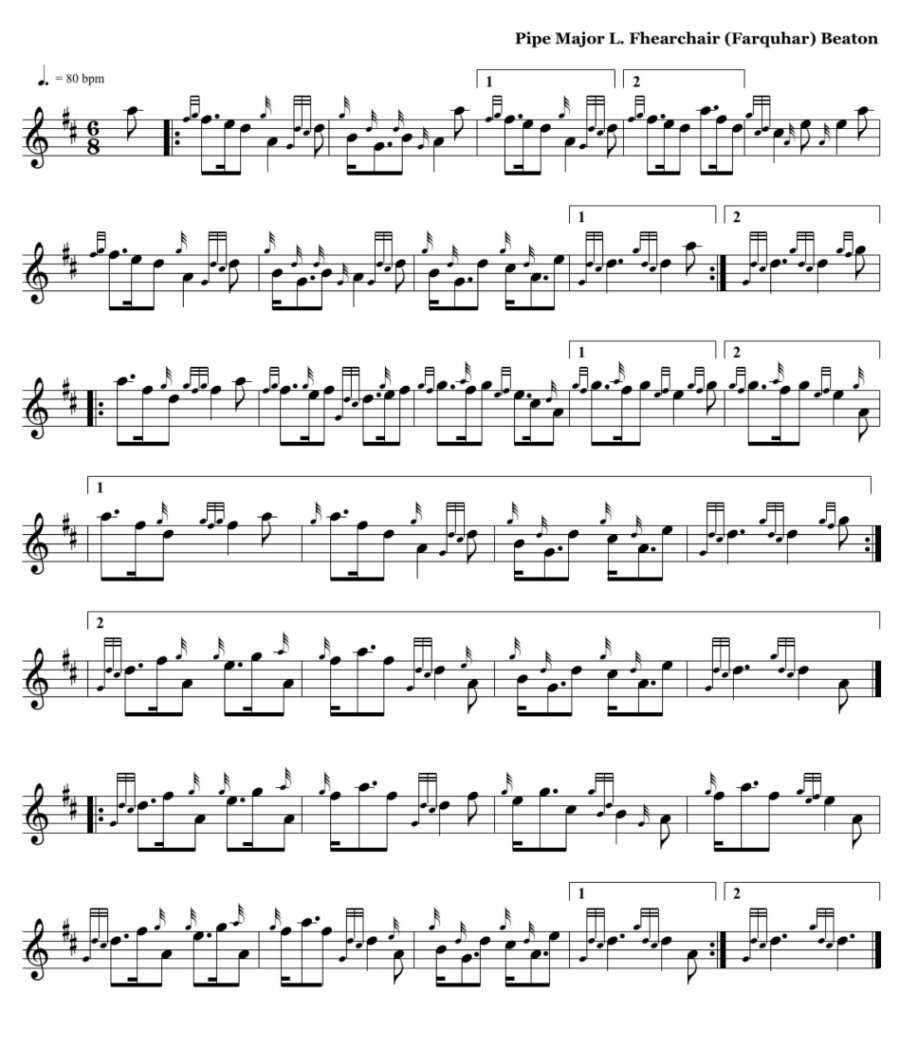