The Carles Wi' The Breeks is often played as a Slow Air but can also be considered as a Slow March.
It could be linked to a piobaireachd (pibroch = great music for Highland bagpipe) also known as Women Of The Glen Awake or Lord Breadalbane's March To Battle.
The tune is inspired by a quarrel from the 17th century between the Sinclairs and the MacKays : the fighters from clan Sinclair who wore trews (breeks) were mounted and could escape from the battlefield unlike the troops on foot who were wearing kilts : The Carles wi' the Breeks were flying from the field…

The tune could also have been played before the Massacre of Glencoe (1692). 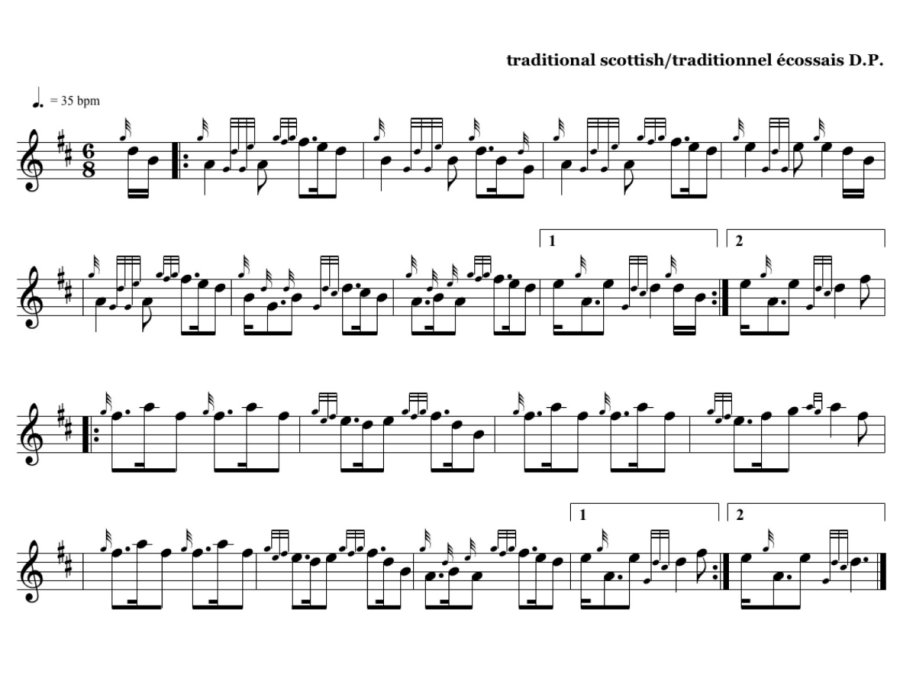 The Carles Wi' The Breeks