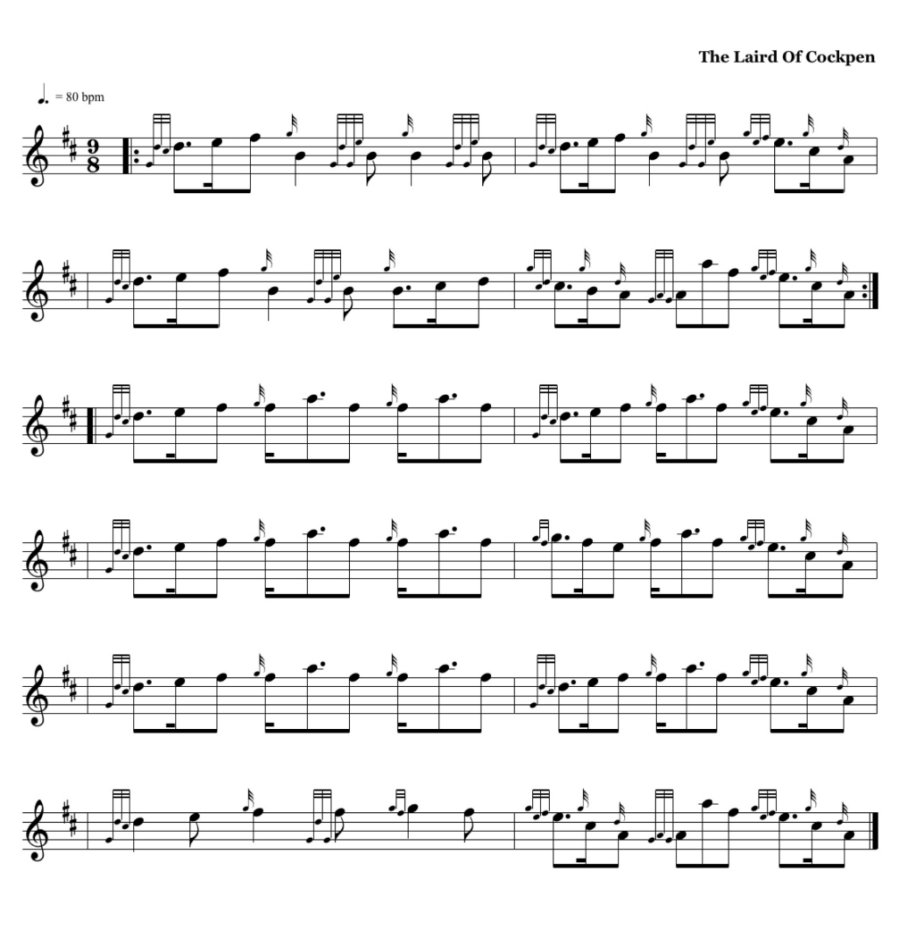 Brose And Butter is a melody composed in the 17th century, first time published in Scotland in Robert Bremner's Collection Of Scots Reels IV (1758). One can find it under different names like The Peacock Follows The Hen, Cuddle Me Cuddy, etc.
The bagpipe version has been published in 1822 under the name of Uilleam's Calum's Morag, with Brose And Butter as subtitle.
The original tune seems to come from the Laird of Cockpen who was a companion-in-arms to Charles II (1630-1685).

It is played for a Scots Guards' Dinner Call (Gordon Highlanders), or during the Burns Nights, piping in the Haggis.

Considered as a reel it could be played at a sustained rhythm up to 110 bpm; a lower tempo (80 bpm) seems nice to me for playing at Burns Nights.