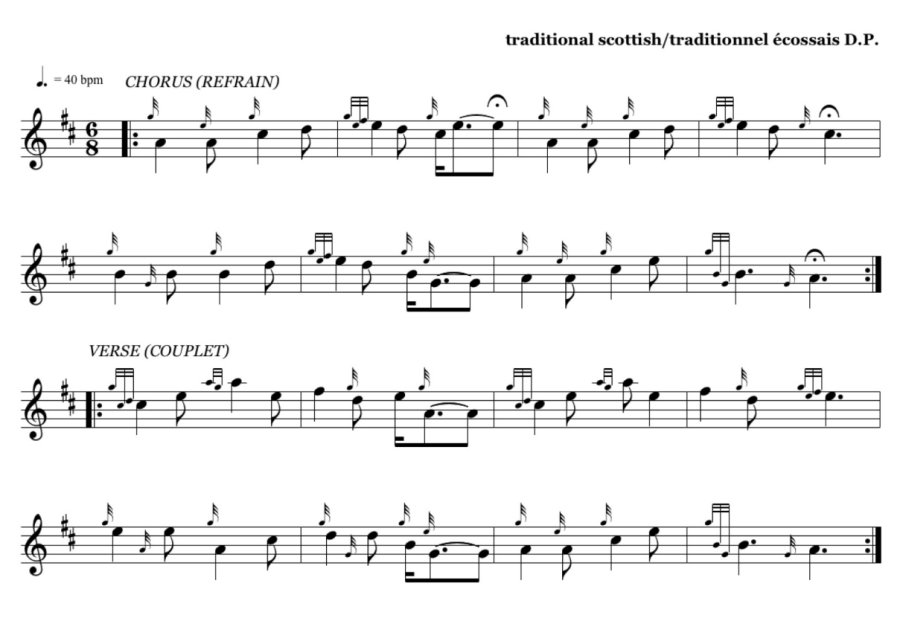 Tales of mermaids are common in Scottish tradition with love stories between human and mermaids.
If someone captures their skin while the mermaid has a human form, the mermaid has to serve the human forever or to marry him; therefore, some tales are about the mermaid's sadness, because she cannot get human love or return to the sea.

One can find the tune in the Scots Guards (vol.3 - p.192), as a Slow March, with many differences of notes, rhythmic values or embellishments.

I've noted it in the way that Fred Morrison relayed it to me : his rendition reflects the melancholia of the tune; I've also added some slight changes to fit the song itself.

As usual, each part can be played twice but you can only play them juste once, particularly if you want to stay with the song.
Fermatas are of course optional but we have to let the melody breathe.
Some rhythmic values can be different, according to the instrumental version or to the song.