« I do not know a tune… which is nearly so difficult or requires such a nimble finger to play. The person who can play it through two or three times without missing a slur (*) has certainly no cause to be ashamed of his fingers… »
PM George Stewart McLennan (1883-1929).

I've chosen to follow PM Bill Robertson score but there are old scores, particularly in the « Scots Guards - Standard Settings Of Pipe Music - vol.1 - page 267 », that display the majority of the groups of notes with pointing on the first note and slurs or strikes on D with a C instead of a low G : it doesn't fit with the current way of notation or playing for jigs.
Nevertheless, it can be kept in mind as another way to play jigs or simply to vary one's performance.

NB : as for the Reels, there are many tempi to play a jig, ranged from about 120 to 136, according to the piper or his audience (dancers or listeners).
The tune is of course essential for choosing a beat. That being said, tempi under 130 are often a good option to preserve all the musicality and the grace notes clarity.

The jigs submitted here follow usually a tempo of 122 BPM for being played together during my show : that is of course only an indicative beat, as a working base.

(*) the slur is an embellishment that combines a G grace note with a strike.

The Jig Of Slurs 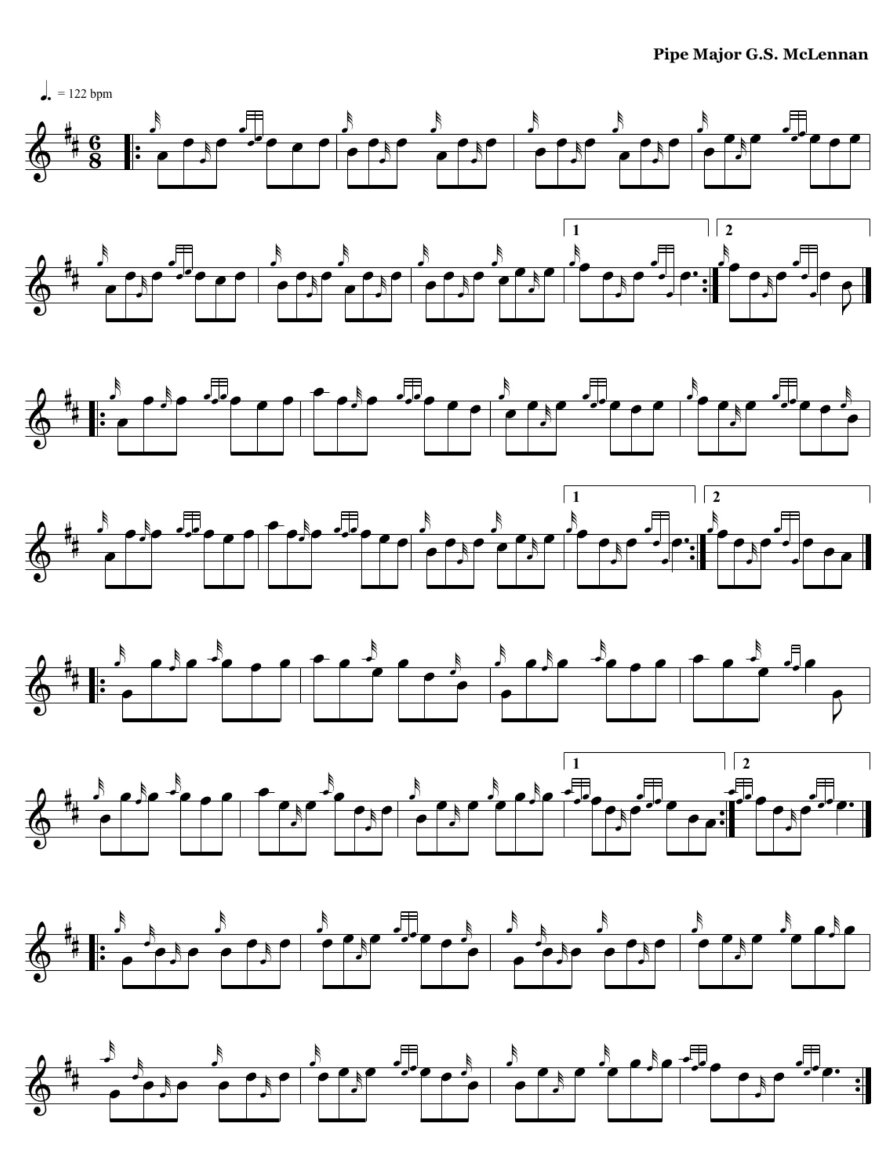