The Devil Among The Tailors is used in Scottish Country Dance for The Dashing White Sergeant : accordionists play it at  an upper tempo (122) that may not be suitable for the bagpipe.
The name of this tune comes from the game Table/Bar Skittles often called Devil among the Tailors : the game was named this way due to a riot that occurred in 1805 after some London tailors became upset about a satiric play about their craft. The tailors have been dispersed like skittles…


NB :
1 - in the Scots Guards « Standard Settings of Pipe Music - vol.1 - page 192 » each part is played only one time; I've chosen to play them two times, providing a total theme of 32 bars, specific to the reels.

2 - sometimes credited to James Scott Skinner (1843-1927), the tune is probably older and is known and played in different parts of the English-speaking world.

The Devil Among The Tailors 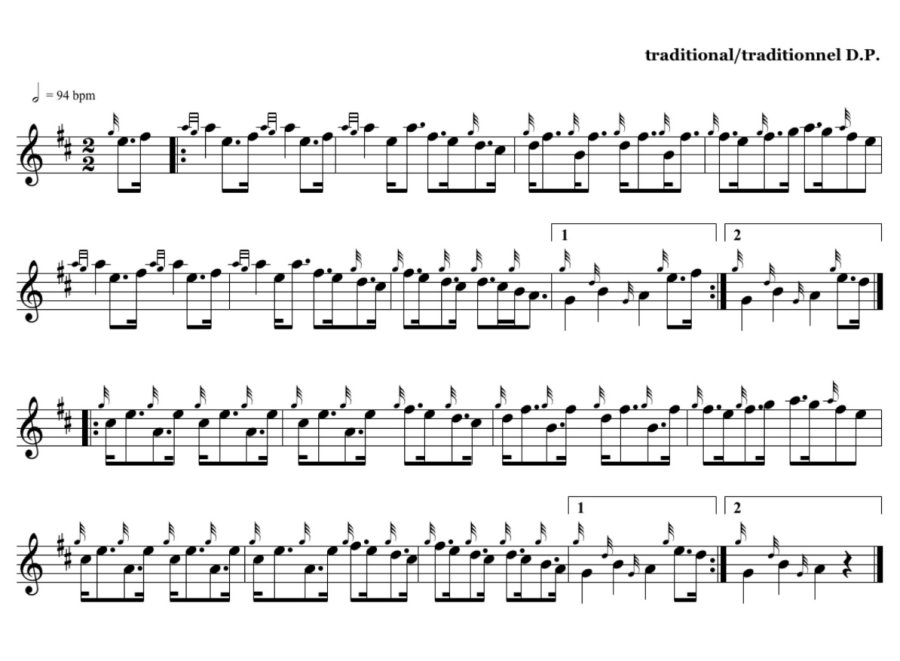