Here is a rather uneven record. If Alan let speak what has made his success like the Celtic harp, the fusion between rock and Celtic music and more recently with electro style, his amazing Breton phrasing, we got some great tracks, including the three instrumentals of this album.
But as soon as he explores other territories, with the French singing e.g.(track 11) or an accordion (track 9), the result is less convincing.
By the way where are the Breton instruments (except for the Celtic harp of course) for this Back To Brittany (Breizh)? Why so few bagpipes here?
Anyway, the melodies are amazing nearly throughout the whole album : they would have deserved better arrangements and production; some tracks removed and we got a great opus!

- Arvor-you (track 4) : superb melody with its harp, the great Breton vocals and a good mix. The chorus has an outstanding start with some answers with a nice whistle; lovely groove,

- Armoricaine (suite) - track 12 : a self-cover of one of the best-known tunes from Alan Stivell; an ending that rocks, despite of the French lyrics. 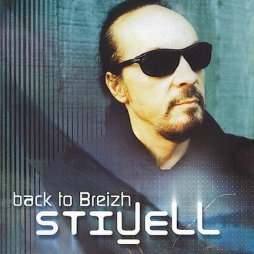 Of course you all know Flower Of Scotland, the unofficial Scotland anthem : if not you can discover it right on this site and by listening to the last track of this album. The song has been released for the first time on Live From Scotland - 1 (1974) after a first release as a single.
This 1990 compilation will also sadly correspond to the end of the band, due to the passing of Roy Williamson.

Formed in 1962 as a trio called The Corrie Voices and also Corrie Folk Trio, the band became a famous duet composed by Roy Williamson and Ronnie Browne (who were not in the original combo), taking the name of The Corries c. 1966.
After a warm welcome at The Festival of Edinburgh in 1962, the band will enjoy growing popularity in Scotland.

In parallel with outstanding adaptations of Scottish traditional tunes - as Robert Burns in his time - the duet was also specialised in the « Jacobite repertoire ».
Their main original piece of music is in fact this Flower Of Scotland, widely known among the rugby fans all over the world since the victory of the national rugby team against England in 1990 : it was then that the tune has replaced God Save The Queen to illustrate Scotland's anthem.
The Corries contribution to the transmission of the Scottish culture has been (and still is) essential; besides, many of their songs are described on my site and are in fact a good help for a proper interpretation of many bagpipe tunes (ceòl-beag - light music).

Back to the album itself : it is essentially a blending of tracks that sound not particularly as live ones. We only got some audience reactions at the very end of each tune and no other feedback for the rest of it… Actually it looks rather like a pleasant evening with some great storytellers than like a live concert!
Nethertheless, the many ballads and lullabies are amazing; but there are too many of those tracks… There's a true lack of energy here and it is not usual for the band.
The strengths of the duet are in the harmonised vocals and the melodic guitars but both are insufficiently highlighted. Even the bodhrán that appears only on track one is under-employed : it could have allowed the guitar to be much more creative and not only rhythmic…

Well, apart from this, we got - besides our Flower - some great lyrics or stories, Ronnie Browne's deep and warm voice and some outstanding melodies and… it means a lot!

- Stirling Brig (track 1) which starts with an unexpected bodhrán that installs an interesting tension; the melody is great and the two voices merge marvelously with their typical know-how; a very good introduction to the album,

- Shenendoah (track 10) with R. Browne as an outstanding lead vocal; we've got a surprising US folk music atmosphere (lyrics are about Virginia…) as catchy as the ones in the Seeger's sessions by Bruce Springsteen. Amazing melody with some harmonised vocals and guitars that offer a subtle backing,

- The Castle Of Dromore (track 11), lullaby with Williamson as lead and the duet on the amazing chorus; a nice break with harmonica and again great harmonised vocals at the end,

- Flower Of Scotland (track 13) : Williamson's masterpiece… The guitars, only rhythmic, are too much loud : it would be great to hear the bodhrán again instead of one of them; apart from that, the melody is magic, timeless and the inspired lyrics send back home all the invadors of the world…


In addition to this compilation, here are two videos with the first version of the Scottish anthem and with the also famous Bonnie Dundee : 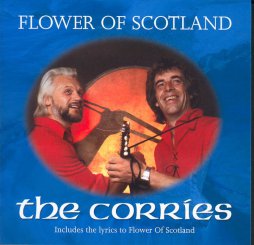 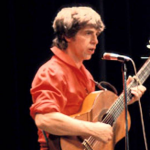