Jean-Louis Jossic, Jean-Paul Corbineau and Jean Chocun, all from Nantes in Brittany, did create the band in 1971 (Tri Yann = Three Jean).
After a long story that placed them on the top of Celtic music in France, they have released their sixteenth album in April 2016.
The artwork of this record did lead to some issues because of its displayed buttocks… Well, let's leave that aside…
Talking about music, it is rather usual to consider in France that Celtic albums must be located somewhere between tradition and modernity : that looks like a real cliché that has not much meaning in fact…
After all this time, Tri Yann plays some Tri Yann music, that's all folks!

It all begins with an energic tune (Far Away From Skye) but the two following tracks will slow down a lot.
The track 4 (Sant Efflam Hag Ar Roue Arzur) is great, with its deep Breton roots : the melody of this canticle is amazing as much as the bombard-organ duet that ends the track.
We'll hear this tune one more time at the end of the album, with French lyrics that seem to sound better with Tri Yann.
The next tune, La Bonne Fam Au Courti, is a strong comeback to the essentials of Tri Yann sound : catchy lyrics, Celtic rock arrangements and a solid basis of Breton dancing. In addition, we also got an electro touch that suits very well to the tune.

The next tracks are sometimes located at a lower level with a reduced inspiration and voices less shiny than by the past; but we also got some gems like The Velvet Otter, Le Bal des Morts-Vivants (The Living Dead Ball) and La Belle Enchantée with its marvelous melody.

The whole album is in fact quite uneven but still continues to serve the legend of this band.

- La Bonne Fam Au Courti (track 5), an amazing tune with a perfect chorus for the stage,

- Le Bal Des Morts-Vivants (track 8) for its lyrics but as they're in French, you can switch to track 7 (Velvet Otter - instrumental) or track 12 (La Belle Enchantée) with its traditional Breton music outro. 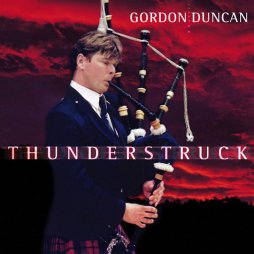 Scotsman and piper, Gordon Duncan (1964-2005) was certainly the most skilled piper of his generation : he was often called the Jimmy Hendrix of Bagpipe…
He penned about a hundred tunes and released three albums : here is his last opus Thunderstruck.
So what about this name coming right from the AC/DC album? Is this a tribute album or a fusion album?
In fact, neither of them…

The title track only ranks 12th in this album and, apart from its start and ending, has nothing to do with rock'n'roll…
As throughout the whole album it is only about highlighting « Piper Gordon » exceptional talents.
Well, that is at least one point.

Apart from specialists, the neophyte will certainly enjoy the technical virtuosity, the mastery of the instrument (the Great Highland Bagpipe) and of the repertoire; for those who still doubt, this album confirms that this bagpipe is one of the most sophisticated and spectacular instrument in the world.
That is a second point.

Thunderstruck is therefore rather disappointing because of its catching title and certainly does not manage to seduce a non-specialist audience. That's too bad.
That been said, one can anyway appreciate the technical mastery and the creativity of this Angus Young of bagpipe : the many jigs and reels are played at a level certainly out of reach.

- Three 2/4 Marches (track 1) is rather made for the specialists with some outstanding Scottish marches,

- The Belly Dancer (track 3) for its great guitar intro, the masterful bagpipe and the global intensity of the tune,

- Lorient Mornings (track 8), probably inspired by some gigs at the Festival Interceltique de Lorient (Brittany) : a great arrangement of the tune, also very well mixed and offering an originality that breaks the linearity of the whole record.


Bonus track : « The »Thunderstruck, direct live by The Boys… 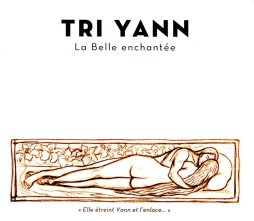