The original tune has been written by James Mauchline in 1843 and arranged by Pipe Major Alexander MacKellar, both members of the 78th Highlanders.
Lyrics were added later, in particular those sung by Andy Stewart.

NB : I've slightly changed the score in the third bar of the second part as it appears in the « Scots Guards » by removing the dotted note (first note of the bar); due to the rhythm noted in part-1 bar 3, it seems to be a transcription error but perhaps am I wrong (?).

The Barren Rocks Of Aden 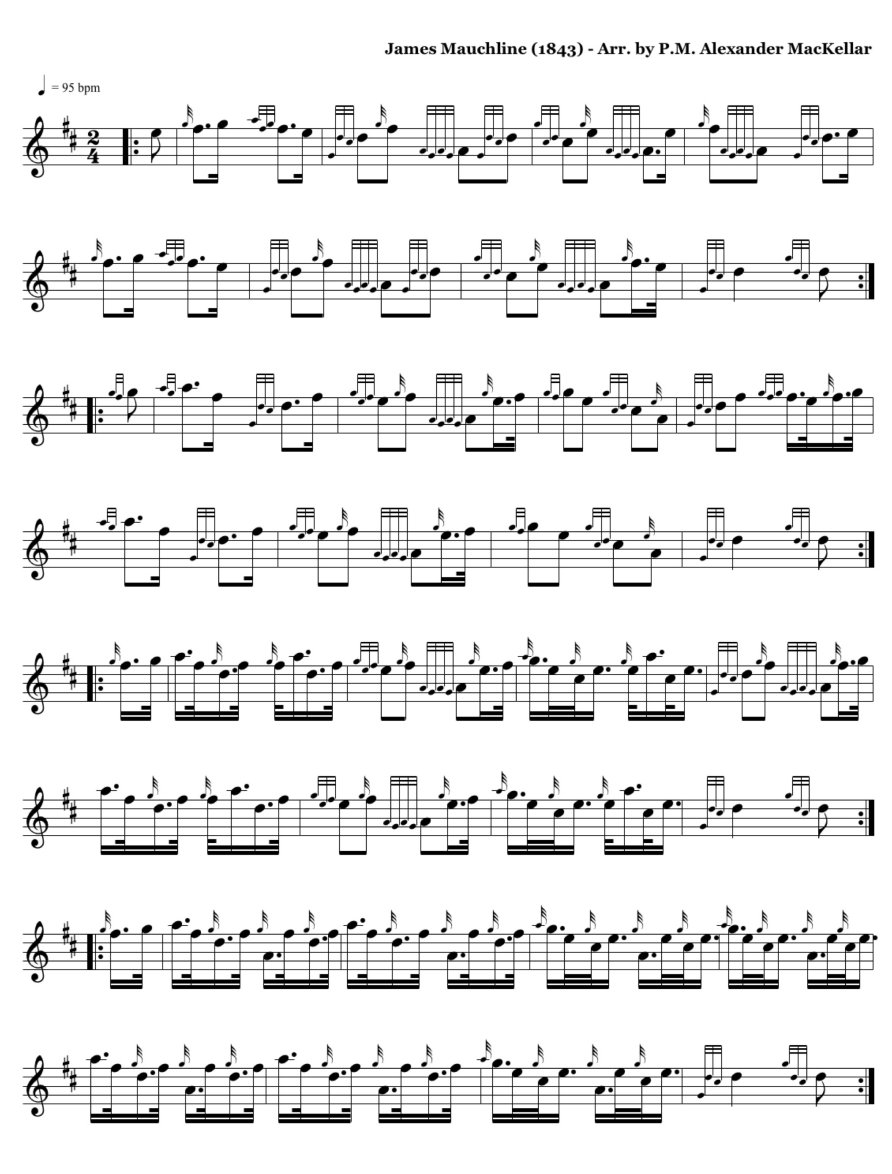